The team Heritouch is consist of the two IBD master students (Meereh & Po Yan), together with Kwandong Kim and Dongseok Yang from the Graduate School of Culture Technology.

They had won the first prize in the category of general startup in Chungcheeong, Daejeon, Ganwon Region on 7th August.

Following their regional winning, they won the Excellence Award (우수상) on the national final in the category of general startup and earn the prize 7,000,000 Korean won. 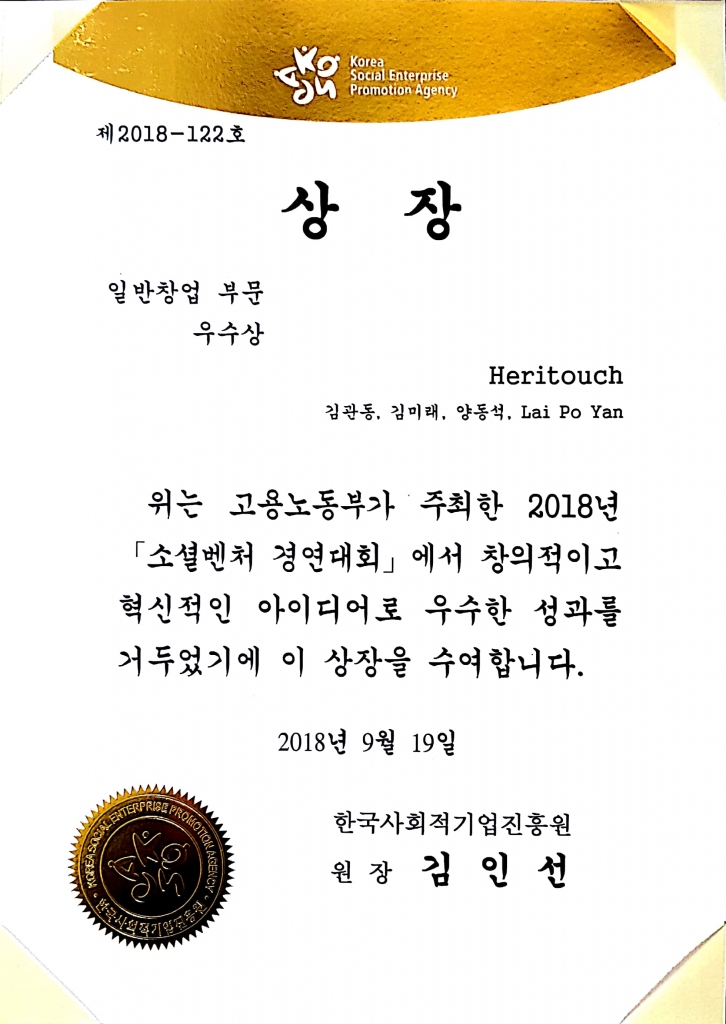